We Are “Marketing Campaign Of The Year” Finalists

We are feeling rather pleased with ourselves this week…

After months of waiting, we were finally informed that we had been selected as finalists for the “Marketing Campaign of the Year” award at this year’s Northamptonshire Business Excellence Awards.

The Awards Ceremony will take place in February, where the winner will be announced. We are super excited for the Awards Ceremony, as this will be our first-ever awards night since starting the business seven years ago, which demonstrates just how far we have come since then.

Earlier this year, we launched our ‘Christmas Comes Early’ marketing campaign, and due to its success, we thought we would enter it for ‘Marketing Campaign of the Year’ award.

The campaign was all about getting local business owners to start thinking about and planning their Christmas marketing campaigns earlier on in the year. As a Marketing Agency, we see so many businesses try to plan their Christmas marketing campaigns in October and November, and there just isn’t enough time to time to get everything done, which often results in a poor outcome.

So, we decided to send out Christmas cards to hundreds of local businesses… EARLY! We’re talking July / August kind of early.

The reason we did this was because we wanted people to open it and think “How is it Christmas already?!” It was designed to demonstrate just how important it is to be prepared and to make people realise that in terms of marketing, Christmas was only just around the corner.

How we did it

Once we decided what we wanted to do, we got the whole team on board… and after lots of cups of coffee, we created a cohesive plan, laying out the objectives and assigning tasks to each member of the team.

There were several elements that would require our team of ten to work on, including:

Initially, we sent out the Christmas cards and then shortly followed this up with an email; the aim of both of these was to direct people to our landing page which offered them a free marketing consultation. By doing it this way, we were able to track responses via a QR code on the card and a link on the email campaign.

The results were outstanding! The initial response of “why have I received a Christmas card in this early?” was just the reaction we were hoping for. When we were asked this, our sales team were able to explain the importance of planning your Christmas marketing campaigns early.

We couldn’t have asked for a better result from the campaign! Not only did it open the door to several clients who now want us to construct a similar campaign for them, but we are also now finalists at Northamptonshire Business Excellence Awards.

The countdown to the Awards Ceremony is now on… 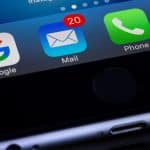 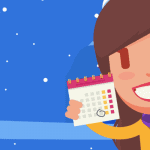