The Search giant that we all know and probably use daily, was once much smaller. Here’s a quote from Google themselves on this historical day for the company.

“We chose our systems name, Google, because it is a common spelling of googol, or 10100 and fits well with our goal of building very large-scale search engines,” the students wrote.

Today, Google operates all over the world in over 100 languages, answering trillions of search queries each year.

The scale is large, to say the least.

Google is no longer just a search engine, they own the Android operating system, they’re entering the gaming space with Google Stadia, and they’re working on refining their driver-less cars.

Google now processes on average 40,000 search queries per second which equates to 3.5 billion searches a day! 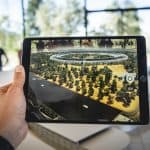